If you live in Korea, you can’t get by every situation based on your verbal skills, right? You need to know about different Korean punctuation, i.e., 문장무호 (munjangmuho), to efficiently write or understand written Korean. Fortunately, this one is easy to learn since the modern Korean punctuation system is more or less similar to the Western punctuation style. Want to discover more about this topic? If yes, keep reading below!

If you are studying or working in Korea, you must always write essays and emails. You can’t go by using the same punctuation marks you use in English because Koreans have many punctuation marks that you might need to learn about. The symbols that you know already are also used differently. When you start learning Korean, this topic needs to be addressed. You might think of learning punctuation when it’s too late, so the sooner you start exploring, the better it is.

A dot in the mid of the block is called 가운뎃점 (gaundetjeom). You wouldn’t see a dot in the Western-style punctuation, especially the way that it’s used in the Korean language. In Korean, a dot connects two similar things inside a sentence, and Koreans use dots for places where a regular English speaker will use a comma.

A tilde is called 물결표 (mulgyeolpyo) in Korean. As a Korean learner, you should know about this punctuation mark. It aims to elongate the sound of something. For example, if you want to say Hoorahhhhh or Hoorah!!!! To show that you are super excited, you could say Hoorah~. It demonstrates that the vowel sound continues.

That’s not all! Another great way of using this symbol is to show a connection between two things. Take “to” and “from” as an example. Like we use a hyphen to establish a relationship between the time or locations, they use a tilde.

The Korean word for a comma is 쉼표 (swimpyo). Comma in Korean doesn’t work the same as it does in the English language. A comma in English separates two clauses, while Korean separates two different sentences.

Imagine someone has written a letter to you in a very long sentence with a comma. Chances are that those are two different sentences that could be connected, so instead of using a period, the writer has used a comma.

For instance, in English, you might say Yes. I got it. But that becomes 네, 알겠습니다 (ne, argessmnida).

Koreans also might omit the comma and write a sentence usually. Koreans have a unique ending that they can use instead of a comma. In English, the words stay the same with or without the comma; hence, this punctuation is needed.

Koreans use several expressions to imply that they need a break and therefore don’t need a comma. 하난데 (hanande) and 하지만 (hajiman) are two verb endings that indicate that there is a pause without using the comma.

A colon is called 쌍점 (ssangjeom) in Korean. It defines or explains things in the English language, except for the presence of spaces both after and before the colon.

When we put a colon in English, we don’t put any space before that. In Korean, however, if you put a colon, you would have put a space between the word and the colon next to it.

A period is called 마침표 (machimpyo) in Korean. A period is used in the same way as English, for most cases-to, to end a sentence, and sometimes it gets replaced by a comma to join two sentences into one.

English speakers might place a hyphen or underscore in some situations, whereas Koreans prefer to insert a period like a writing date.

You might place a space before the bracket in English, but Koreans don’t do that. They do what we do with a colon, attaching the punctuation mark with the previous word. When a bracket opens, you won’t see a space before it.

You can add information about a loan word gotten from other languages, like the Chinese writing system, inside a parenthesis.

Double quotation marks are used not only for the sayings of someone but also for a specific title etc. More often, you wouldn’t see quotes in the standard quotation marks. Instead you might notice <> symbols, e.g., <quote>

A question mark is called 물음표 (mureumpyo) in Korean. It’s used in the same way as used in the English language.

You have now gained enough information to slay rock your following essay or email. If you want to learn more useful Korean concepts, try Ling App. Ling App is a new language learning platform that enables newbies to become fluent in their desired language.

We have unique ways to help you learn a new language, like having chatbots and quizzes to test your knowledge. You can also check out Korean Last Names and Korean Manners.

Get rid of your obsolete dictionary and download Ling App from Google Playstore or App Store to start learning the Korean language like a pro! 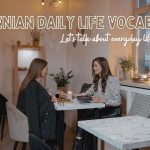 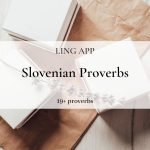 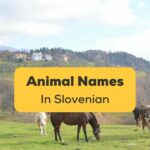 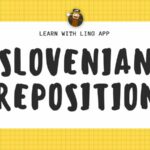 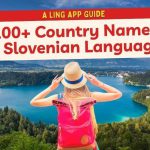 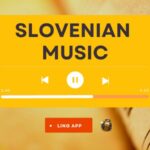