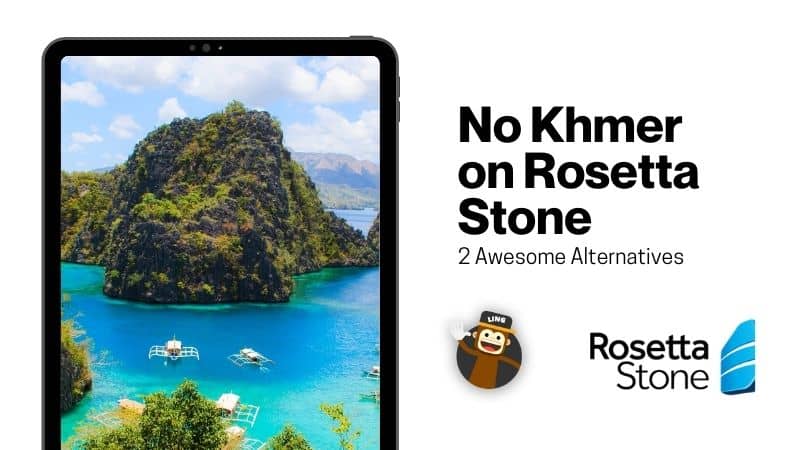 How clued up are you on language learning apps? If you’re an addict like me, you probably know that there’s no Khmer on Rosetta Stone. This poses a problem for those who want to live and work in Cambodia. Fortunately, there are newer and better resources that you can use today. Learn about the best two alternatives in today’s post!

Why Is There No Khmer On Rosetta Stone?

Khmer should definitely be at the top of any language learning platform’s ‘must-have’ list if we were purely by historical impact. If you’ve ever been to Angkor Wat and seen how stunning it is, you know that it was a truly remarkable culture. However, that’s not how things work in the modern world. Cambodia’s recent history has been almost inconceivably dark.

The economy was destroyed in the 1970s by the Khmer Rouge genocide. As unsettling as it is to contemplate, the bigger language learning apps are more concerned with how many potential users they can attract rather than the uniqueness of a language. It costs approximately the same amount to develop a language learning course, so your choice could be between Chinese, Japanese, and Korean as a planner. Executives who care about their bottom line will pick the first 2.

Khmer is the national language of Cambodia and belongs to the Austroasiatic branch of the language tree. Its biggest influences are Sanskrit and Pali, which emerged from Buddhist teachings. It has approximately a 16million speakers.

There are different accents in Cambodia, but the most widely spoken and the one the Ling app chooses is central Khmer. Interestingly, the people in the capital of Phnom Penh speak a separate dialect.

Khmer is also spoken beyond the borders of Cambodia both in NorthEast Thailand and East Vietnam.

Let’s get a little more specific. The Khmer word order is subject verb object. Like other Asian languages, there are also pronouns and honorifics relating to age and social hierarchy. Although you may find this hard to believe, Khmer is not a tonal language. That’s remarkable to consider since its neighbors in Burma, Thailand, Laos, and Vietnam are all tonal.

Why Should You Visit Cambodia?

Any discussion about the country of Cambodia and why you should visit will be based around the transcendental Angkor Wat.

Angkor Wat is a sacred place in Buddhism and a UNESCO World Heritage Site. There is a common saying that people vote with their feet, and no more is this true of Angkor, where 2.6 million tourists visit every year.

Not many people know that Angkor Wat is actually a religious complex. In fact, it is the largest in the world. The central temple was constructed in the 1100s (back then, London was just a backwater town). Architects will notice it follows classic Khmer architecture, namely the mountain and galleried temple. This central temple is so important to Cambodian culture that it even appears on the flag!

So that’s your general overview, but what are some specifics about the site?

What Are The Alternatives To Rosetta Stone?

The Ling App by Simya Solutions is undoubtedly the best place to learn Khmer. Ling has been making massive waves recently in the language learning market. So what makes Ling so good? Our systematic approach.

Unfortunately, we don’t have a dedicated Khmer blog (there will be one in the future), but if you’re interested in language learning apps, check out some of these reviews Tandem Vs. Mango and iTalki Vs. Preply.

So what are you waiting for? Start learning a new language today with the Ling App! Learn more about it here! 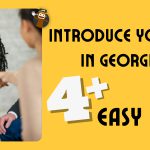 4+ Easy Ways To Introduce Yourself In Georgian 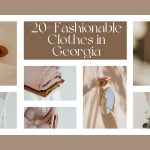 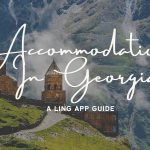 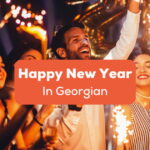