As you probably know, Christmas is an annual commemorative festival to celebrate Jesus’ birth in the Western Christian Church. It takes place on December 25th and is usually celebrated like a festival. Countries that have a Christian majority typically celebrate this festival, and Japan is one of those countries.

This holiday is a great opportunity for you to show respect for Japanese people’s traditions and impress native Japanese speakers by learning Japanese and how to say best wishes in Japanese.

That’s why we want to teach you the most common and authentic Christmas greetings in Japanese to wish your Japanese friend as well as the Christmas traditions of Japan.

If you are ready, let’s get started!

How Do Japanese People Celebrate Christmas?

Preparations for Christmas in Japan start in November, big cities are typically decorated with Christmas trees and amazing lighting. It’s considered a time when people choose presents for their loved ones. You can even hear cheerful Christmas songs everywhere. Not to mention, bakeries and convenience stores often sell cute Christmas cakes.

On Christmas Eve, children usually place a stocking next to their bed as they can’t wait for their presents to arrive from Santa Claus.

On Christmas, many Japanese people enjoy a Christmas dinner at home with their family. They often exchange gifts and hold parties. Among the younger generation, there is a trend for people to spend a romantic Christmas evening with their partner.

Here are some different and unique Christmas traditions in Japan. If you are in Japan during the New Year, whether you are alone or not, you can consider doing these cool activities to enjoy your time there.

The Japanese strawberry shortcake (いちごのショートケーキ) is the lightest and softest cake with whipped cream frosting. It is known as ‘Christmas Cake’ in Japan, but it’s popular for birthdays as well so it is a great way to celebrate the season with family and friends.

Dining at Kentucky Fried Chicken, KFC, on Christmas has been a Japanese tradition since the 1970s! Sometimes, Japanese people preorder meals for the Christmas week in advance, so it’s the busiest time of year for this fast-food giant, at least in Japan.

From Hokkaido to Kyushu, Japan hosts Western-style Christmas markets during the winter holiday season. You can find everything from beautiful tree ornaments to hot cider. The most popular one is the Tokyo Christmas Market.

Illuminations are one of Japan’s favorite ways to celebrate the winter season. Major malls, such as Tokyo Midtown, public parks, including Inokashira, and famous landmarks, like Tokyo Station, all have their own unique winter illumination displays. At this time of year, outdoor strolls, including along the Roppongi Sakurazaka, are especially popular for couples.

Tokyo Disney hosts its annual Christmas parades in December. They are everything you would expect from a Christmas parade: fun, festival costumes, music, candy giveaways, and even Santa Claus himself! Tokyo Disney is not only a great place for families, but it is a popular date spot for couples on Christmas Eve.

Go On A Date

Christmas Eve in Japan is often seen as a couples’ holiday, similar to Valentine’s Day. Young Japanese couples like to have dinners at elegant restaurants so much that you might not even be able to find an open table.

Do you know how to say ‘Merry Christmas’ in Japanese? ‘Merry’ means to be joyful, to celebrate, and to be in good spirits. So, with this phrase, you are wishing someone a joyful remembrance of Christ’s birth!

Surprise your African friends with this phrase during the Christmas holiday! Kwanzaa is a seven-day celebration, starting on Dec 26th each year. Its roots come from African American modern history, therefore many people celebrate both Kwanzaa and Christmas.

In countries where Christmas is not officially celebrated, this is a friendly way to wish others a New Year.

Hanukkah is a Hebrew festival in November or December each year. It is known as the ‘Festival of Lights’ and is celebrated to commemorate the Jewish freedom of religion.

5. Have A Great Winter Vacation!

This is a good phrase to say if someone doesn’t celebrate any religious festivals during the Christmas holiday! But, don’t forget that this is only applicable in the Northern hemisphere, where Christmas happens in winter.

Are you going away on holiday for the Christmas season or saying goodbye to someone about to leave on vacation? If so, this is a classic and funny way to say goodbye to your friends.

This is an informal and friendly phrase to write in Japanese Christmas cards, especially to those who prefer to experience Christmas celebrations without the religious context.

If you forget how to say ‘Merry Christmas!’ in Japanese, this is a safe and common phrase to use instead.

After ‘Merry Christmas’ in Japanese, this would be a good phrase with which to wish Christmas holiday-goers well! It is also good to use for people who don’t celebrate Christmas for different reasons but still take a holiday during this time of year.

This is another simple way of wishing someone the best on New Year’s!

11. I Want A Girlfriend By Christmas!

I know this last one is an unusual phrase to hear as a Christmas greeting, but it is still helpful to know!

Do you want to learn more greetings or about Japanese in general, but you are unsure where to start? Well, the Ling App is an incredible platform that you must check out!

The Ling App is a language learning app that includes the Japanese language as well as 60+ other languages. The app is easy to use, and you won’t need to commit countless hours every day just to learn something simple. In fact, the Ling App is designed to save you time while learning languages, hence it has practical and concise lessons guaranteed to help you learn the Japanese language in just 15 minutes per day!

The best part is that you can try it out for free! Download it from the App Store or Play Store today! 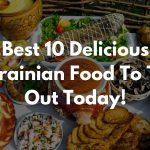 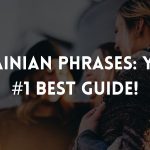 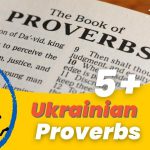 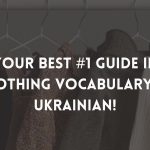 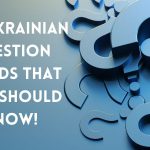