Is Italian Hard To Learn? 7 Great Reasons To Learn Italian Is Italian hard to learn, or is it relatively easy? Every language requires some work on the part of a student, but some languages are more challenging than others. On the other hand, Italians are so used to thinking that their language is straightforward to learn compared to other romance languages. But, if we consider all the structures they use in their sentences, we realize that this is certainly not quite the case. What could be the truth? Let’s find out.

How Difficult Is It To Learn Italian?

The Italian language sounds beautiful (it’s a Romance Language, after all!), but it might have some challenging aspects for a person that wants to learn it. Here are some of the main things to take into account when wanting to learn Italian:

However, some aspects of the Italian language are complicated and bizarre for anyone studying this language. Find out below why that is the case!

Is Italian Hard To Learn?

Learning a native language is different than learning a foreign language. One of the reasons behind this is that foreign languages are encountered later in life and are not practiced every day. Even if you enroll in a language school, you won’t be immersing yourself in that language 24/7! Now that’s certainly not the case with our native language since we have all the opportunities in the world to use it when interacting.

There are several aspects that can make Italian difficult, but we’ll share below three of the most common ones.

In Italian, all nouns, even of things, animals, or plants, have a feminine or masculine gender. However, gender is absolutely arbitrary! However, knowing the gender of the noun is essential for agreeing with articles and adjectives.

In this example, it would be incorrect to say, “il sedia è rotto.“

The exceptions to the rule concern the concordances of nouns from feminine to masculine, from singular to plural, but the greatest of all concerns are the irregular verbs. A native English speaker can find it challenging to learn irregular Italian verbs.

The verbs must be conjugated according to the persons (I, you, he/she, we, you, they), which have their own specific ending for each tense (present, past, future, etc.) and other forms such as indicative, conditional, subjunctive, etc.

Many of the most common verbs are irregular, i.e., it is not enough to know the ending but also how the root changes.

Italian has a relatively recent history. It was formalized as a language at the beginning of the 14th century thanks also to the Italian poet Dante Alighieri who, in his works, used a language composed of the Tuscan dialect and that of other Italian regions, giving rise to the standardization of Italian. This is why it is said that modern standard Italian derives from Tuscan.

Despite the work of standardization of the Italian language, there are still differences in use between regions, especially between the northern and southern areas, which can create a lot of confusion. A native Italian speaker can often speak dialect and the official Italian language simultaneously, depending on the circumstances. In Italian culture, dialects are widespread.

For example, at school, when learning Italian, they teach you that you never put the definite article in front of names; instead, in the northern regions, for example, in Milan, you will happen to hear:

The article “la” is not supposed to be there, although they often use it in northern Italy.

What Is The Easiest Aspect Of Learning Italian?

Speaking Italian can be easier than writing it. Italian pronunciation is one of the most accessible aspects to learn. This is because everything is pronounced the same way it is written, and there are no weird exceptions, like in English or French. As a general rule of pronunciation, the emphasis is placed on the penultimate syllable of the Italian words. Words with an accent on the last letter have a unique graphic sign, the accent which distinguishes them.

How To Learn The Gender Of Substantials In Italian?

Beware of exceptions, though! As we will see in the next point, Italian is full of irregularities and anomalies. These exceptions are learned only with study and while speaking Italian.

If you want to learn Italian and increase your Italian vocabulary, then you can use the Ling app. This language learning tool covers every aspect of the Italian language (including the grammar rules) and offers the option of learning more than 60 languages from a mobile device or desktop. So if you want to master Italian like a real pro, you’ve got to download it from App Store and Play Store today!

Also, please check out our other posts, like Italian insults and happy birthday in Italian. 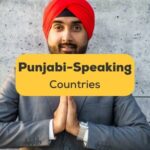 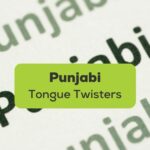 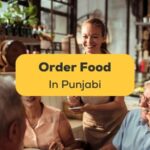 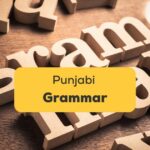 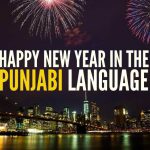 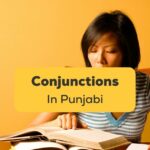