German-speaking countries are wonderful places to celebrate the holiday season and bring in the New Year. The scenery and architecture are reminiscent of a fairytale, especially at night when the colorful lights are on and the streets and rooftops are caked in fresh snow.

Who wouldn’t want to be celebrating and wishing everyone a happy New Year in German in places like this?! Well, let’s explore how different German-speaking countries celebrate New Year’s Eve.

In Germany, on Silvester afternoon (Silvesternachmittag) or New Year’s Eve, some people can be found performing an ancient and quite interesting tradition. As many cultures do, the Germans look to the hopes and dreams of what the future year will hold, and they investigate this by fortune telling.

This custom involves melting lead with a candle, which is then cooled in a glass of cold water. The lead will harden into a particular shape and a person with the skill of lead reader will interpret what the shape means and give you a horoscope for the coming year.

To celebrate New Year’s when the clock strikes midnight, most people will cheers each other with champagne and wish each other a Happy New Year. Many will attend a New Year’s party and stay out until the wee hours of the morning. Many others will celebrate at home a watch a cult classic British comedy sketch called Dinner For One which has been broadcast every December 31st since 1963.

At midnight there will also be fireworks! The ‘old’ Germans believed fireworks would get rid of evil spirits and the tradition continues today to rid the ‘evil’ of the past to clear the path for a fresh year of hope.

Where To Celebrate New Year’s In Germany

German cities will all have their own unique celebrations, but there are two really popular cities in Germany that go all out for New Year’s. They are Berlin and Frankfurt. To be honest, the better party will be in Berlin!

Don’t miss the massive street party at Brandenburg Gate! While a bit touristy it attracts thousands of locals and has the best fireworks show. After midnight the party will continue and spread into the local bars where the party will go on all night and into the next day!

We’ll cover other German-speaking places to celebrate New Year’s later in the article.

No Fish (Except Carp)

Not eating fish is a German superstitious belief. It was believed that those who didn’t believe in the faith and teachings of the beloved Pope Sylvester I, would suffocate on fishbones if they were in his presence. Some people still carry the belief that fish will bring good luck over the New Year.

However strangely, a new German tradition has become popular where people do eat fish on New Year’s Eve, but only carp! Some Germans will even carry around the fish scales of a carp in their pocket or wallet as it’s said to bring prosperity and wealth.

Here is some more information about the fortune-telling tradition of lead pouring. It’s called Bleigießen where the shape of the lead is said to predict your future in the New Year. Here are what some of the shapes mean:

Wait, eat someone from Berlin?! Haha, no, not quite! A Berliner is a donut filled with jam that Germans love to eat on New Year’s Eve. Their real German name is Pfannkuchen (in Berlin) and Krapfen (in Southern Germany). There is also plenty of other German food you should try!

Have A Fiery Drink

This drink is unique to Germany but it is similar to mulled wine you may have in the United Kingdom. It’s called Feuerzangenbowle and is a mixture of red wine, cherry liquor, and spices like ginger and cinnamon. It is served hot like tea with a really cool ‘trick’ where the bartender will set a rum-soaked sugar cube on fire and it will melt into your drink.

We don’t know which German-speaking country you’re going to visit, so here are some other ways to celebrate the New Year.

In Austria, people dance to bring in the New Year! How romantic is that?! Once the clock strikes midnight, Austrians will dance the Donauwalzer (Danube Waltz). So if you’re in Austria, expect to be approached and danced with, possibly by a complete stranger!

Klosters, Switzerland is a tiny little village with a special way to celebrate New Year’s Day. They will traditionally race ten pigs and place bets. They believe that pigs bring good fortune and people will even gift one another pig toys or pastries in the shape of piggies.

Silvesterchlausen is celebrated in the Appenzell region of Switzerland, On New Year’s Day, the men of the town dress up in masks, cowbells, and colorful costumes. They will then march through the streets going from house to house to personally wish everyone a Happy New Year.

You don’t want to be the last to awaken on New Year’s Day! Not in Liechtenstein. They have a game sort of the last one up is the rotten egg! If you are found to be the last one sleeping, your family or friends will declare you a Bettnäschter (bed wetter)! Then they’ll wake you up by banging pots together.

How To Say Happy New Year In German

Here’s what you’ve been waiting for! The German language is a bit tricky to pronounce, so we’ve added an audio translation for each phrase. Just click the blue button to listen and practice too!

Some interesting and slang ways to wish someone a happy New Year in German are:

Words Related To Celebrating The New Year In German

These are words you may like to know around this time of year.

How To Say New Year’s Resolutions In German

Most people tend to ask, “What is your New Year’s resolution?” in countries around the world, so it’s good to have an answer prepared and even better if you can say it in German! So here are a few resolutions for you to practice.

As mentioned, the largest party of the year happens at the Brandenburger Tor (Brandenurg Gate) in the German capital. It’s the loudest, most impressive party and you’ll be joining in the fun with at least a million other people.

If New Year’s parades are your thing then head to Laupen where they are known for the best or at least the most fascinating parade. People come together for the purpose of driving away ghosts of the old year by dressing up in wooden masks and fur clothes. It’s difficult to explain… but a must-see!

If you’re looking for a smaller and more intimate experience, the beautiful coastal town of Warnemünde by the Baltic Sea is a place you may consider. During Turmleuchten (Tower Lights), they put on a picturesque fireworks show and light show with live music in front of the Warnemünde Lighthouse.

As previously mentioned the Austrians bring in the New Year by dancing. What better and more romantic place than the fortress of Hohensalzburg? You can join in the waltzing in front of the cathedral.

Now that you’ve learned how to say Happy New Year in German, what other phrases or words would you like to know? Ling App is here to guide you!

Ling is a language learning app designed to help you learn German as effectively as possible. We make this possible through vocabulary-packed lessons, writing exercises, our AI chatbot, quizzes, and much more! Along with our app, you’ve already found our free language blog (which we hope you’re enjoying) with thousands of resources.

We recommend using Ling App to help you prepare for visiting a German-speaking country. We will help you to learn how to pronounce the rather difficult German words and phrases.

Head over to the Play Store or Apple Store to check it out! We also offer over 60 other languages to learn too. 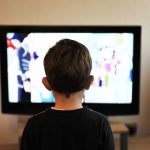 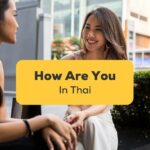 How Are You In Thai: 3 Helpful Ways To Say 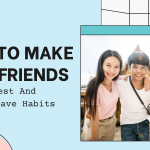 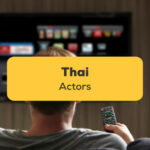 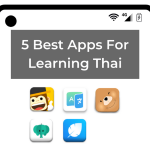 The 5 Best Apps For Learning Thai 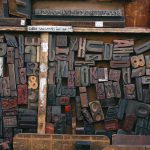