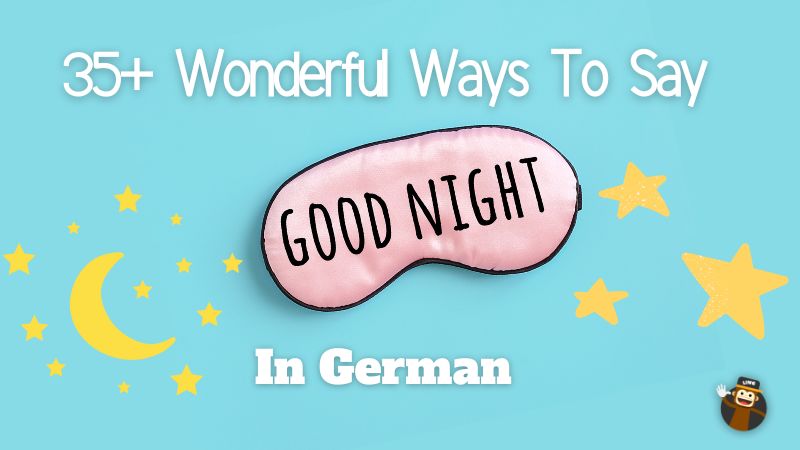 Ready for your next language-learning adventure? Today we’re going to teach you the various ways to say good night in German and goodnight too – there’s a big difference between the two!

The simple forms of goodnight in Germany can also be used to say goodbye (Auf Wiedersehen) to someone at the end of an evening. The two phrases can be used interchangeably.

However, when wishing someone goodnight at bedtime, you may wish someone a good night in German in a different manner, as in this situation you would not be bidding them goodbye. The Germans even have a sweet saying about getting a good night’s sleep:

The literal translation is “a good conscience is a soft pillow” which means you will sleep well when your mind is at ease and nothing is bothering you.

So how do you send someone off in the evening in Germany? Do you say sweet dreams, good evening, good night, or goodnight?

The Difference Between A German Good Night And Goodnight

It doesn’t matter which foreign language you’re speaking, there’s a big difference between a good night (eine gute Nacht) and goodnight (Gute Nacht). People easily confuse the two so let’s learn when it’s appropriate to use each phrase.

Typically, you would say good night when describing an evening that was fun or nice. It was literally a good night. On the other hand, it’s appropriate to say goodnight as a send-off greeting to people who are heading home or to your friends you are saying goodbye to for the night.

Here are some examples of how to use good night in German:

How To Say Goodnight In German And Other Related Expressions

The most common way to bid someone goodnight in German is “Gute Nacht!” You can even shorten it to sound more like a native speaker and say, “Gut’ Nacht!” A really informal way is to say, “Nacht!” However, anyone other than your close friends and family would find this word a bit rude.

Besides Gute Nacht, what are other acceptable ways to say goodnight in German?

Romantic Or Personalized Ways To Say Goodnight In German

Wishing goodnight to a loved one can be made a tad more special when you add that extra touch! Here are some romantic ways to wish someone a meaningful goodnight in German.

Ways To Wish Children Goodnight In The German Language

You may have children or are being visited by those who do in Germany. Wouldn’t it be nice to know how to wish them sweet dreams?

How to Ask A Friend Or Family Member About Their Evening

It can be nice to ask someone how their night out went. Here are some ways to greet people in the morning or the next day to see how their evening was.

To ask “How was your night?” or “How did you sleep?” in the morning in Germany, the most common question is Guten Morgen! Hast du gut geschlafen? (Good morning! Did you sleep well?)

How To Say Good Night In Germany In Austria And Switzerland

Germany is spoken in many countries neighboring Germany although each country has its own dialect. For example, in Austria you might hear;

While over in Switzerland people say;

If you’re reading this at night then we wish you a German goodnight,
Gute Nacht! Be sure to bookmark this for quick and easy access to all the ways to wish the people in your life goodnight in German, or soon to be in your life if you’re planning to visit Germany.

Have you ever tried to learn German before? How about Dutch? Both languages are eerily similar. So if you are learning one, you can easily pick up the other. Why not start with German? You’re already here learning!

Why Learning German With Ling Is The Best Choice

First of all, Ling App is accessible anywhere you have internet access. You’ll learn all the basics such as,

If you’re not a beginner that’s great! Ling has loads of lessons for you too and will start you off after a quick assessment on the level that will challenge you.

Ling’s ultimate goal is to make you a fluent speaker of the language of your choosing. We currently offer over 60 languages to choose from! through fun activities, and quizzes. Learning with Ling will involve listening, speaking, reading, and even writing activities for an all-encompassing brain workout!

Head over to Google Play or the Apple Store to check it out and learn even more German language skills. 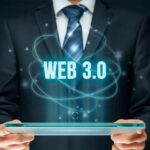 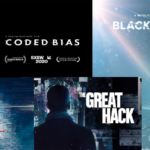 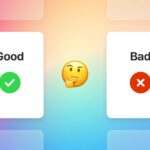 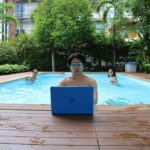 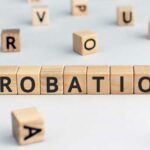 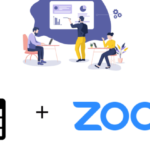