Titanic Belfast: The Origins Of The 1912 Disaster If you’re going to Northern Ireland and want an unforgettable experience, I recommend visiting the Titanic Belfast museum. It explores the story of the ill-fated Titanic’s construction and tragic one and only voyage. This article will focus on the ship itself and its construction in ‘the big smoke.’

Although Belfast is located in Northern Ireland, many people speak Irish(Gaelic). At last count, the number was about 104,000.

Undoubtedly, the best place to learn Gaelic is Ling. Ling is an application with over 60 language courses. The lessons are delivered in easy-to-digest 15-minute bite-sized chunks. A lesson a day to level up your Gaelic!

Why Was The Titanic Built In Belfast?

Over the preceding 300 years, Belfast had established a reputation as a preeminent deep water harbor. With the industrialization of the 19th century, the population swelled from 20,000 to 350,000, and a significant percentage of these men found work in the shipyards. To look at pictures from the time is to see vast ocean-liners like starships dwarfing the people and their red brick 2-floor houses.

The Harland Wolff shipbuilders wanted to build the biggest and most advanced ships of their time. In partnership with White star line, they began construction on the next class of ocean-going megaliths. Belfast became the Cape Canaveral of its day.

In 1907, over a game of billiards, the Titanic was dreamed into being. It would rival the Cunard line famous for ferrying passengers from Ireland to America. It is important to note that whereas other famous Atlantic-going ships like the Lusitania(which was to meet its own tragic end at the hands of a German U-boat) were built for speed, the Titanic was a luxurious alternative. Think Ferrari versus Rolls Royce.

Note: The Titanic also carried a large proportion of less well-off passengers in 2nd and 3rd class. However, by the standards of the time, these cheaper options were excellent quality for money.

What Was Life Like For A Dock Worker In Belfast?

A worker would often live below the poverty line. Entire families would be housed in red brick terraces beside the shipyard. The Titanic itself had people from 67 different trades working on it. Their working week might be as long as 60-70 hours. The low pay and tough working conditions were offset by the pride workers felt in building the most advanced ships in the world.

When Did Building On The Titanic Start And Finish?

The keel, the ship’s backbone, was the first part to be laid down. The Titanic was, in fact, a copy of its sister ship, The Olympic. Both ships were built simultaneously, with about 1500 men working on each.

On May 31st, 1911, The Titanic was launched backwards into the river Lagan. It took a further 10 months to build the ship’s funnels and interiors etc.

How Big Was The Titanic?

Although relatively small by the standard of modern ocean-going liners, the Titanic was monstrous for its time. The ship was 882 ft long. From the water line to the boat dock, the ship measured 60 feet. The ship’s total weight was around 52,000 tons.

And how much if you wanted to build a boat like the Titanic today?

How Much Did A Ticket On The Titanic Cost?

As we’ve already mentioned, the Titanic was a luxury ocean liner, and there were varying degrees of luxury depending on what ‘class’ your ticket was. The prices below are in today’s money adjusted for inflation.

How Did The Titanic Sink?

The Titanic first sailed to Southampton on the English coast and set about its full journey on April 10th, 1912, captained by Edward John Smith. The first stop was Cherbourg, France, followed by Queenstown, Ireland.

At 11.40 pm, the Titanic made contact with a large iceberg. Although its engines had been turned off, the ship was traveling at a speed of about 25mph before the alarm was sounded.

The collision with the iceberg left a 12ft square hole in the side of the ship. Immediately the Titanic began taking on water at a rate of 7 tonnes a second, causing the ship’s rear to sink and the front to rise up.

Gradually water started to flood each compartment in a manner experts describe as like a ‘tray of ice cubes being filled’.

At 12.40 am on April 15th, the first of the lifeboats was launched, although only about one-third full (A theme that would continue). Still, at this point, many thought it impossible that the ship would actually sink- perhaps they would have been more urgent if they’d known that there weren’t enough lifeboats to accommodate each passenger.

At 2:18 am, the ship broke into two, the bow sinking at a speed of 30mph where it would make contact with the icy bed of the Atlantic Coean 6 minutes later.

The force of the sinking ship sent up large chunks of debris like javelins, spearing people in the water; however, floating in the water where the temperature was at -2 degrees, a person might only survive for about 30 mins- also, remember that many weren’t lucky enough to find themselves with a life jacket and were instantly dragged down in whatever heavy winter clothes they were wearing.

At 3:30 am, The Carpathia arrived and began rescuing any survivors who’d managed to make it into lifeboats.

How Many People Died On The Titanic?

What’s often not mentioned is that the class of ticket you bought greatly improved your odds of surviving. For example, only 4 women from first class died.

Where Is The Belfast Memorial To The Titanic?

If you find yourself in central Belfast, The Titanic memorial statue is well worth a visit. It depicts a feminine version of death holding a laurel leaf above a drowned sailor hoisted upward by mermaids.

Twenty-two men from Belfast died in the disaster; however, the city also grieved for the ship itself. Spending so much time in the Belfast dock, the ship came to represent a living, breathing thing. A ship that had taken 5 years to construct was lost in just 12 days. In some quarters, mentioning Belfast’s unsinkable ship became a sign of bad luck.

What Happened To The White Star Line After The Titanic?

Common sense would dictate that the sinking of its flagship would be a P.R disaster for White Star; however, the basic practicality of the matter was that people still wanted to make the transatlantic voyage, and now there was one less ship to do that.

As a result, bookings on other ships soared. In no small part, there were also some people who wanted to ride on a sister ship of the titanic just to say they had.

Changing times, including damage to its fleet sustained during world war 1 as well as the great depression, saw White Star Line declare bankruptcy in 1932.

The titanic museum opened in 2012, where the Harland Wolff shipyard, Hamilton graving dock, and Titanic slipways used to be located. The area is, in fact, now known as Titanic quarter. The Titanic Belfast tells the full story of the most infamous sea voyage in history.

The building is designed to look like the prow of a ship and is massive, measuring 12,000 square meters.

The city pays both homage to Belfast as well as the Titanic itself. Rooms and interactive galleries include Boomtown Belfast, The Shipyard, The launch, the Fit-out, the Maiden Voyage, the Sinking, the Aftermath, Myths and Legends, and Titanic beneath.

If you want the whole experience don’t forget to visit the Titanic store and think about staying in the Titanic Hotel Belfast!

Are There Any Conspiracy Theories Surrounding The Titanic?

From the Assassination of JFK to the Moon Landings, almost every important world event has a conspiracy theory attached to it, and The Titanic is no different.

The most famous of these theories is the so-called ‘Titanic Switch Theory.’ It goes something like this:

On that fateful day in 1912, it was not the Titanic that sank but its identical sister ship, The Olympic.

What’s known is that in 1911 The Olympic was damaged in a collision with a naval vessel. The Titanic was insured for more money, so if the damaged Olympic masquerading as The Titanic was deliberately sunk, then it would be a big payday for the White Star Line.

One surviving crew member on board, called James Fenton, claimed that he was told that the ship was to be deliberately sunk and that if he blew the whistle on the plot, he would go to jail for 20 years.

As interesting as this is to consider, there are several reasons why this can’t be true.

For starters, parts of The Olympic still exist, clearly showing the ship’s registration number 400 (The Titanic’s was 401).

Secondly, the so-called whistleblower James Fenton–no record of him on any crew or passenger manifest exists.

Thirdly, the sheer insanity of even attempting something like this. Even if the owners of White Star Line had been able to predict an increase in sales after the sinking of the Titanic(nobody could’ve predicted that), it would have taken the kind of sinister psychopath you only see in movies to actually go through with it.

The RMS Titanic is the most famous ship in maritime history. If you ever visit Belfast, the Titanic experience at the Belfast Titanic museum is a must on your list of things to do.

Although Irish isn’t spoken widely in the city, it is greatly appreciated when anyone makes an effort. As the Irish would say, it’s good craic.

Ling is the number 1 place to learn lesser spoken languages like Gaelic. Come on over and speak Irish now.

Also, if you enjoyed this blog, think about checking out a few others including goodnight in Irish and Irish dating vocabulary.

Thanks for reading and we’ll see you next time. 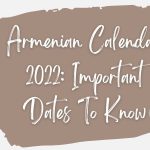 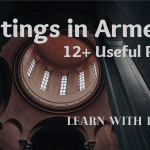 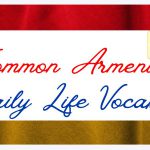 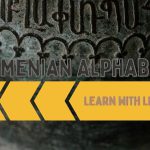 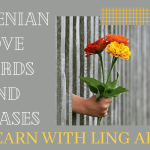 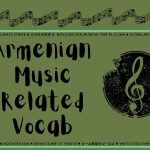