Know The Common Clothes Names In Irish: Your #1 Best Guide Are you traveling to Ireland soon and shopping is on your list?! That’s a good one! Well, to help your shopping spree, we’ve come up with this article that gives you insight into the clothes’ names in Irish. So, when you go shopping, you won’t have to worry about what to say. Apart from that, if you want to know about Irish fashion, then we will also cover traditional Irish clothes in the sections below. So, without further ado, let’s check out the popular clothes names in the Irish language.

Irish people prefer comfort over fashion. They’d rather wear a comfortable dress or trousers rather than a fashionable one. Now, that doesn’t mean the Irish don’t know fashion or don’t look presentable in public. It means they go for comfort over fashion and would rather be comfortable. Also, the Irish dress according to the season, whether winter or summer. In a word, most Irish are down to earth, therefore don’t worry about dressing up unnecessarily.

In cold weather, ensure you dress in layers because it can get pretty cold in Ireland at some times of the year. During summer, you can decide to dress more casually.

However, during dates or special occasions, the Irish put effort into their dressings and ensure that they look their best. In business settings, ensure to dress smartly. For instance, a suit, shirt, and tie are preferred for men and smart casual for women. Overall, the business world in Ireland follows the standard business dressing etiquette.

Which Clothes Should I Pack When Traveling To Ireland?

The first rule is to pack something you are comfortable with and appropriate for the current weather in Ireland. But, on a more specific note, you can pack the following:

One of the things that differentiate culture from another is its way of dressing, and the Irish are not left out. The Irish people have unique clothes special to their culture. Irish clothing has evolved over the years. In the early days when poverty was rampant, both males and females wore long shirts, with the women’s sheet having an extra layer of fabric to make it less transparent. But as time went on, traditional sweaters and cloaks evolved over the years. Let’s take a quick look at Irish traditional clothing you should take note of.

The popular men’s clothing known still today is the kilt. A kilt is a knee-length fabric shaped in the form of a skirt. While a kilt is mostly known in the Scottish culture, the Irish men also wore kilts. Also, cloaks were part of a male’s dressing in old Ireland. A man is not considered completely and properly dressed without a cloak. The cloak is usually secure with a brooch at the front, and the cloaks were made of varying qualities of wool depending on the privileges that the men had.

There isn’t a major difference from male clothing. Females wore cloaks and kilts as well. However, they wear it with underwear, and the cloaks are mostly folded. Also, during cold weather, females and males wore wool sweaters. However, the females often decorate their clothes with flowers and elegant styles.

Whew! What a ride. We’ve covered clothes names in Irish, and we’ve looked at the traditional clothing of the Irish. I hope you were able to learn one or two things from this article. There is more to learn in the Irish language, and it is super important to know the basic greetings or shopping terms when traveling to Ireland. Knowing these basic phrases makes your stay in Ireland smooth and more enjoyable.

If you are interested in learning the Irish language and you are looking for the best language learning app and resources to help you out, then you need an intuitive app that has been built by experts to meet your needs. In other words, you should check out the Ling App!

Learn Irish With The Ling App

You don’t need to depend solely on an Irish dictionary or random courses to learn Irish again! You can move from a complete beginner to a fluent speaker in a short period using the Ling App. The only criterion is that you will need to dedicate at least 15 minutes to learning daily!

The Ling App is an educational language platform that turns users from complete novices to fluent speakers of Irish and over 60+ other foreign languages. From the inside, you can get unrestricted access to complete lessons, vocabulary games, an AI bot for reviewing, and many more exciting features. What are you waiting for? Don’t waste your time and download the Ling App today on Play Store or App Store. 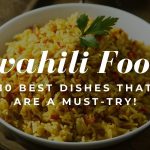 Swahili Food: 10 Best Dishes That Are A Must-try! 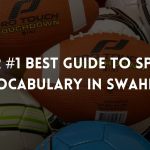 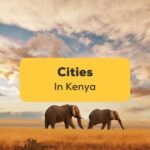 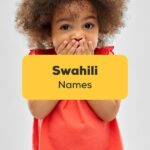 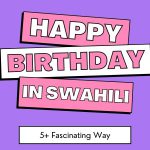 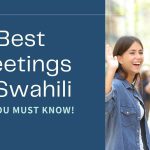 3+ Best Greetings In Swahili That You Must Know!