Are you intermediate or fluent in Spanish, but still haven’t mastered colloquialisms? Now is the right time to begin learning Spanish slang words! In this blog, you will learn informal Spanish vocabulary that people often use in different Spanish-speaking countries. Learn these essential words for that longed-for backpacking trip across Hispanic countries. Let’s begin!

Learning slang is the best way to immerse yourself in social interaction and culture. The vocabulary of a book can teach you enough that you will need for survival. However, each country’s expressions are what allow you to create genuine bonds and connections with locals in each Latin country. After all, a Spanish native speaker won’t talk, as the books show.

Each Spanish-speaking country has its own slang words and many of them are similar. Still, there are many others that, as a fun fact, will have different meanings in each country. And so you should know where it is appropriate to use each word. In this list, I will specify all those details.

From “¡Chale!” to “Hacer la foca”, today you will learn those words that will be useful in a daily conversation. Let’s look into the most common Spanish slang words and phrases and where they are commonly spoken.

You are just a step away from speaking like a local!

Most commonly spoken in Mexico.

During your trip to Mexico, you will listen to locals saying “¡Chale!” many times. Among all Mexican slang words, this is most likely the most common one. It is a prevalent Mexican Spanish slang term that locals use to express surprise, disappointment, discontent, anger, or disapproval about something. You will even feel their frustration and irony when you listen to a person saying “¡Chale!”.

It is not an offensive word; however, never use it if you are in a formal situation. See the example below to understand when to use it:

A. “Ay chale, ya me habías confirmado ayer!”. (Oh, come on! You already confirmed yesterday!)

Most commonly spoken in Argentina.

This phrase is a typical Spanish slang term used as a greeting in Argentina to ask the other person how they have been. Instead of saying “Cómo estás?” (How are you?), you will hear many Argentinians saying, “¿Qué onda?” to ask what is going on.

Also, this expression is not highly informal, and therefore you can use it in friendly, family, and work environments.

Note: In this example, I used the word “vos”, which is the informal form of “tu” (you). While travelling in Argentina or Uruguay, you will notice that people use the form “vos”.

Most commonly spoken in Colombia.

Imagine you have a gala party, and your friend shows up dressed funny or with very awkward attire. You would feel embarrassed to see your friend going around, catching so many eyes. The expression that would come to your mind would be: “Qué boleta salir asi vestido” (How embarrassing going out dressed like that.)

Translation: To be in a bad situation

Most commonly spoken in Colombia.

Apart from the funny Spanish slang words, people can use some expressions in negative and severe contexts. For example, “estar en la olla” means to have obstacles and problems in one’s life. It includes difficulties about the economy, health, or state of mind.

Translation: Blush or to feel embarrassed

Most commonly spoken in Guatemala

During your travels in Latin American countries, you might hear people saying different variations of this slang; however, it can have different meanings in each country.

In México, when people say this word, they want to express their annoyance. In El Salvador, it means “to be offended,” while in Guatemala, it means “to feel embarrassed” or “to blush.”

(My brother is embarrassed, for that reason, he didn’t want to meet you)

Most commonly spoken in Ecuador, Colombia, Peru, Cuba, and Chile.

Among all slang words and phrases from this list, this is probably the most common one across the whole continent. No matter which country you travel to, if you say this word, there is a high percentage that people will understand what you mean.

When feeling excited about something unique, excellent, or cool, a native Spanish speaker, mainly from Ecuador, Colombia, Peru, Cuba, or Chile, will exclaim, “Bacán!”

As an Ecuadorian person, I use this slang almost every day. However, I include the word “qué” (what) at the beginning to accentuate the meaning and express even more excitement. For example: “Qué bacán!” (So Awesome!).

(It’d be awesome going to the concert together)

Most commonly spoken in Ecuador, Peru, and Costa Rica

You can say “buenazo” when you think that something or a situation is awesome, cool, and fantastic.

You might already know the meaning of the word “Bueno” (Good). Still, you are probably wondering what the term “azo” means. In Spanish, add the augmentative suffix “-azo” to indicate that something is bigger. It is not just “bueno” (good); it’s bigger than that; it’s “Buenazo!” (Superb!).

Let’s see another example that will make you catch this spanish slang fast.

(I tried your cake, and it was amazing!)

Translation: “Pololo/a” means boyfriend/girlfriend, and “pololear” means to be in a relationship.

If you are in Chile and in a relationship with someone you already call your “pololo/a”, you are “pololeando”. Even though only Chileans use this slang verb, almost every person in Latin America will understand it since it’s so famous and popular.

(Mom, I’m in a relationship)

This slang word is one of the most commonly used in Chile. During a conversation, people would often want to know if you understood what they were telling you, so they would ask, “cachai?.”

People use this word so unconsciously that sometimes they don’t want to ask if the other person got it, but still, they will say “cachai.” It is similar to when people say ‘you know?’ at the end of an English phrase.

Fun fact: The word “cachai” has the same meaning as the word we use in Ecuador “cachaste”. Both come from the English “to catch”. It’s just one of the many words that Spanish adapted from English.

People in Venezuela use this slang word when they need to show their excitement and admiration towards something incredible or magnificent.

The meaning comes from the combination of the word “nagua”, a type of exotic bird, and the flocks of these birds, called “guarada.”

Are you wondering what the bird has to do with the expression? Well, it’s because these birds are endangered species, so people now admire seeing one flying around.

Translation: What’s up, man/Hello, my friend

This Spanish slang phrase from Peru is one of the most common on the country’s coast. It is an informal expression that might sound difficult to understand even to native Spanish speakers from other countries.

“Habla” means “to talk”, while “causa” is a word that translates to “close friend” in Peru. The term “pe” is the Peruvian shortened version of “pues”, which means ‘well’. Don’t even try to find a literal translation or sense in the phrase!

The literal translation of this phrase is “in case of flies,” which won’t make any sense. But, as my grandfather once told me, the origin comes from a long time ago when people didn’t yet have fridges. They had to cover food with a cloth to prevent flies from landing on it and spoiling or leaving diseases.

(Bring your umbrella, just in case)— In this sentence, the person implies that just in case it rains, the other person should be prepared and bring an umbrella.

Indeed an easy and valuable phrase!

Most commonly spoken in Chile.

One of my favorite Spanish slang terms! Chileans say “Carrete” when they refer to a “party.” The term ‘carretear’ or “vamos de carrete” is used when you want to say that you are going to a party.

This slang term is one of the most popular in Ecuador. Although it does not come from Spanish, it still deserves to be on the list, as you will hear when traveling to Ecuador.

In other countries, people say ‘resaca’. But in Ecuador, we say “Estoy con chuchaqui “(I’ve got a hangover)

The origin comes from the Kichwa (indigenous language) word “chaqui “, which expresses the discomfort left after eating coca leaves. So, the term “chuchaqui “is used across the country when talking about the immense discomfort one feels after drinking alcohol.

This term will come in handy during those party days on the Ecuadorian coast!

(What a hangover, yesterday I drank too much)

Translation: To do something embarrassing or ridiculous/Be ashamed/Make a fool of yourself

Different variations of the phrase are used in the same context in other Hispanic countries, for example, “qué oso. ”

The literal translation of “Hacer la foca” is “make the seal”. If it’s your first time listening to this Spanish slang, you would indeed be confused. But as you practice, you will get used to it.

(When you were drunk, you made a fool of yourself in front of everyone)

Translation: To cuddle and pamper someone

This Spanish slang is one of my favorites to use, and it is, in fact, one of those words that you will use without really knowing its origins. It comes from the Mexican indigenous language náhuatl.

Its meaning is much deeper than a hug and a cuddle; it tries to evoke many emotions and affection towards the other person. When you hug someone, as in “apapachar”, you are doing it as tightly as possible to express your love. That is why it is considered one of the most beautiful Mexican slang words.

(I missed you so much! Come here; I’ll give you a big hug)

Suppose you want to establish meaningful interactions with Latinos during your travel around Latin America. In that case, Ling App will be there for you along the way. Forget about learning with outdated books that do not include colloquial terms! Instead, learn the valuable words you need for your daily conversations with fun quizzes, games, and motivational lessons.

A Spanish native speaker will be overly joyful to hear you make efforts to speak like a local when you start using informal Spanish vocabulary. They will not only appreciate you more, but they will even try to help you improve as much as possible by teaching you more Spanish slang words from each Latin country.

Ling App is a powerful language learning app made by professionals who ensure all information is accurate and all translations sound natural to native speakers. This app aims to help you achieve a level of fluency that allows you to sound like a local. So, If you are planning a backpacking trip or a vacation journey to Latin America, begin your lessons today, increase your Spanish skills, and be ready for the most amazing moment of your life!

One final thing, if you enjoyed this blog why not check out some others that are popular with readers including 7 days of the week in Spanish and 10 funny Spanish phrases.

Download Ling App and have it everywhere you go! 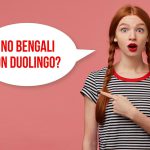