Have you been searching high and low for country names and nationalities in Bulgarian? Well, you’ve come to the right place. We have about as comprehensive a list as you’ll find anywhere on the internet. We have the big hitters like the U.S and U.K “Sŭedineni shtati” Съединени щати “Velikobritaniya Великобритания” as well as countries that might not be as well known to you like Mexico “Мексико.”

Speaking of countries, Ling has designed an app that caters to 60 languages. But have no fear. This is not like Duolingo or Rosetta Stone. Ling has actually done something unique in the language learning app field and catered to lesser spoken languages, of which Bulgarian is a good example. We believe that every language deserves its day in the sun!

If you’re interested in more information about the app, then skip to the end, but if not, keep reading and start memorizing that new vocabulary!

Some Brief Information About Bulgaria And Bulgarian

Before you learn to speak Bulgarian, I thought I would give you a few key defining features of Bulgaria and Bulgarian history.

Bulgaria was absorbed by the Ottoman empire and didn’t become an official Bulgarian state until the late 19th century. World war ii also saw a massive change in the region.

Country Names and Nationalities in Bulgarian

Let’s get to it! Here are listings of country names and nationalities in Bulgarian separated by continental designations.

Names Of The Continents In Bulgarian

Names Of The South American Countries In Bulgarian

Names Of African Countries In Bulgarian

Names Of European Countries In Bulgarian

Names Of Asian Countries In Bulgarian

Names Of Oceanic Countries In Bulgarian

Which Countries Does The Republic Of Bulgaria Have A Good Relationship With?

You can tell a lot about a country by the kinds of diplomatic relationships it has. The first thing to say is that Bulgaria is a member of NATO and the EU, which means it is much more western aligned than some other countries in Eastern Europe.

In total, it maintains official relations with 181 countries; however, countries that are particularly friendly with it are Greece and Romania. It also has positive relationships with Macedonia and Serbia.

Which Countries Does Bulgaria Have A Bad Relationship With?

In recent years there have been problems between Russia and Bulgaria as well as more general problems on the entire Balkan peninsula. As we previously mentioned, Bulgaria is part of NATO, which competes directly with Russia. In 2021 it was revealed that a number of Russian spies had infiltrated the Bulgarian government. This caused panic in NATO because Bulgaria was perceived as a ‘weak link’ in the alliance. If a pro-Russian president were to get into power, it could cause big ramifications.

Phrases Related To Nationalities And Countries In Bulgarian

One last thing. You may be asked about country names and nationalities in Bulgarian during your travels, so here are some questions you may hear and how to answer them. You can of course, ask people these questions too!

Give Ling A Try To Learn The Bulgarian Language

In writing this article, I’ve had contact with people all over Asia, including a Chinese person, a Vietnamese person, and a Japanese person. They all have a diverse range of reasons for wanting to learn Bulgarian, but each time I tell them to go with Ling.

By now, you’ve probably come across other language learning apps. Perhaps you used Duolingo to learn English or Rosetta Stone to learn Spanish. For that reason, I won’t bore you too much with the details of what the app can do. Ling does many of the same things (we like to think a little better), including SRS flashcards, listening practice, speaking practice, grammar basics and learning the Bulgarian alphabet. However, as I said at the beginning, what sets Ling apart is the sheer amount of languages that are delivered in such a sleek and easily accessible package.

Needless to say, all of our content was designed and then vetted by native Bulgarian speakers. That means no errors, and as far as the listening is concerned, you will have a native Bulgarian accent.

Let us know what you think of the blog. This Bulgarian section is relatively new, and we’ve yet to receive much feedback. If you like it, then we’ll do more! We hope to turn this blog into somewhat of a Bulgarian embassy for language where Bulgarian students can get all of their Bulgarian news.

If you enjoyed this why not check out 2022 Bulgarian calendar and is Bulgarian hard to learn?

That’s all for now. Here’s where you’ll find a link to download the app. Thanks for reading 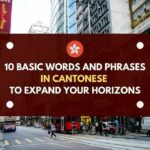 10 Basic Words And Phrases In Cantonese To Expand Your Horizons 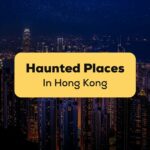 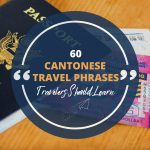 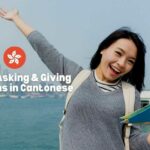 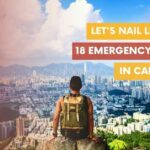 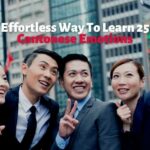